Share a memory
Obituary & Services
Tribute Wall
Read more about the life story of Richard and share your memory.

Richard A. Huber passed away peacefully at home Sunday, December 19, 2021 at the age of 60, after a short but courageous battle with cancer.  He had a very strong faith in God and his family takes comfort in knowing that he is now at peace.  Rich was born January 1, 1961 in Indianapolis, IN to the late Robert L. Huber and Judith A. (Ferrin) Huber.  Upon leaving the hospital, he came to Carmel, IN with his parents where he was a resident for many, many years and graduated from Carmel High School in 1979.  While at Carmel, he participated in football and track among other activities and was a member of Carmel’s first state football championship team in 1978.

After high school, Rich attended and graduated from Wabash College in 1983 earning a degree in Economics.  Shortly after his college graduation, Rich met and married his best friend, Jane Martin.  Rich and Jane were married for 35 years and were proud to have raised three sons, Bradley, Mark, and Kyle who will greatly miss their father.

Aside from his main passion, which was his family, Rich had a love for sports.  Along with coaching and supporting his sons in their sporting endeavors, his passion for sports carried into the hope that many young people could benefit by participating in athletics.  Rich was an Executive Board Member of the Carmel Dads’ Club for over a decade where he donated countless hours in supporting young men and women through sports.  He cared greatly about the Carmel Dads’ Club, the young people who benefited from its work, and the people that he worked alongside.

Rich’s other passion was his work.  Rich was the consummate work associate.  His career centered around the field of finance, which he enjoyed so much.  He worked for the Eden Group from 1983-2012 mainly in senior housing management along with numerous other projects.  For the last seven years Rich worked as the CFO for Cohoat and O’Neal Management Corporation, managing golf courses and restaurants.  He had the privilege to learn from several important mentors and became one himself.

Rich had several other hobbies which included cooking for his family, going to concerts and traveling.  He was also a member of Carmel United Methodist Church and Phi Delta Theta Fraternity.

Rich is survived by his wife, Jane, his three sons, Bradley, Mark (Darlene), and Kyle (Ashley), and brother, Mike (Michelle).

Family and Friends will gather Thursday, December 23, 2021 at 9:30 am in Carmel United Methodist Church, 621 S. Rangeline Road, where the Funeral Service will take place at 12:30 pm.

There will be a private family burial in Carmel Cemetery.

Masks are required at the Church.  The service will be livestreamed at the Carmel United Methodist Church website.

In lieu of flowers, memorial contributions can be made to the Carmel Dads’ Club, 5459 E. Main Street, Carmel, IN 46033. Envelopes will be available at the service.

Bussell Family Funerals is privileged to assist the family in arrangements.

To send flowers to the family or plant a tree in memory of Richard "Rich" Huber, please visit our floral store. 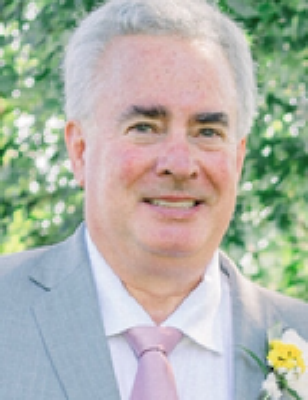