Share a memory
Obituary & Services
Tribute Wall
Read more about the life story of John and share your memory.

Following his 1955 graduation from Shortridge High School in Indianapolis, John joined the US Navy, serving his country from 1955-1959.

John married Norma Jean Linder in 1961 and together they had 4 children: James, John, Jean, and Julia.

In 1986, John met and married Ruthann Carson. While they did not have their own biological children, the two of them lovingly cared for more than 75 foster children during a 13-year span. As these children are now adults, many continue to keep in touch with the John and Ruthann and the sentiment of referring to them as “Papa” and “Mama”.

John worked for Naval Avionics, previously Bio-Dynamics, Boehringer-Mannheim-Roche Diagnostics for more than 35 years. He traveled all over the world for the company and made many friends along the way.

Playing guitar, and tinkering with old radios, were hobbies John enjoyed as well as grilling his famous barbecue chicken. He was an avid fan of the Colts and the Pacers.

Everyone who met and knew John became a recipient of his kind words and sweet smile.

In addition to his parents, John was preceded in death by his eldest son, James Croda.

A Committal Service with Military Honors will take place at 2:30pm in Eagle Creek Cemetery, Westfield, IN.

In memory of John, donations may be made to The Indiana Parkinson’s Foundation, 14350 Mundy Drive, Noblesville, IN 46060. Envelopes will be available at the service.

Bussell Family Funerals is privileged to assist the family with arrangements.

To send flowers to the family or plant a tree in memory of John V. Croda, please visit our floral store. 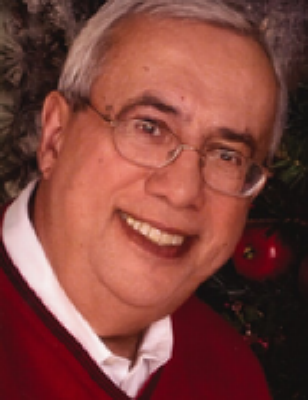